“… if another workplace was essentially requiring its female employees to manage a malevolent human pornbot, we’d report the hell out of it here and cite it as another example of employers failing to take the safety of its female employees seriously. But it’s happening to us.” — Jezebel Staff

[Originally shared at LadyClever.com]  IN A BOLD statement released earlier today [full statement below], the Jezebel.com staff spoke out to gain the attention of its parent company, Gawker Media, about the platform’s longstanding disregard for well-being of Jezebel’s readership and personnel, who are endlessly ambushed by misogynistic, violent, and disturbing pornographic images planted in their system’s comments section.

The company has been approached by staffers repeatedly regarding the trolling but has not yet implemented a solution to keep anonymous accounts, or “burners” as they’re known, from spamming discussions with disgusting shock imagery in the form of animated GIFs. The proposed solution includes banning not merely registered email addresses, which are obviously disposable and inexhaustable, but actual IP addresses of the users, via their publishing interface, Kinja. “Moderation tools are supposedly in development,” the staff explained, “but change is not coming fast enough. This has been going on for months, and it’s impacting our ability to do our jobs.”

Many fans have taken to social media to applaud the staff’s editorial actions, and though contrarian anti-feminism is creepily in vogue and unapologetically vocal, negative response to the piece seems to have been minimal, so far.  Quick to put an eye-rolling rebuttal in its place, one Jezebel’s Facebook page commenter noted, “What if it was Forbes going through this? Would you guys be so quick to jump on the ‘ugh this is just feminist bullsh*t” bandwagon?’”

On XOJane one commenter wrote, “There are a few commenters pulling that sh*t on the Jez thread, too. ‘Well don’t work on the Internet if you can’t handle it.’ Um, yeah, you’re right, women should vacate the entire Internet if they can’t handle looking at rape every day. Seems fair.”

Jezebel itself notes that Gawker’s negligence would ordinarily have been an issue they’d address, if it were not their own bread and butter, saying they’d “cite it as another example of employers failing to take the safety of its female employees seriously.”

But the staff has finally shone their own harsh spotlight on the issue, hopefully in total solidarity, and we’re eager to see how Gawker responds to their pleas.

The full statement from Jezebel reads as follows: “Working at Gawker Media is a dream job for many of the women on staff here at Jezebel. This is a place that takes chances on developing writers, that has always stood behind us no matter what. But it’s time the company had its feet held to the fire.

For months, an individual or individuals has been using anonymous, untraceable burner accounts to post gifs of violent pornography in the discussion section of stories on Jezebel. The images arrive in a barrage, and the only way to get rid of them from the website is if a staffer individually dismisses the comments and manually bans the commenter. But because IP addresses aren’t recorded on burner accounts, literally nothing is stopping this individual or individuals from immediately signing up for another, and posting another wave of violent images (and then bragging about it on 4chan in conversations staffers here have followed, which we’re not linking to here because f**k that garbage). This weekend, the user or users have escalated to gory images of bloody injuries emblazoned with the Jezebel logo. It’s like playing whack-a-mole with a sociopathic Hydra.

This practice is profoundly upsetting to our commenters who have the misfortune of starting their day with some excessively violent images, to casual readers who drop by to skim Jezebel with their morning coffee only to see hard core pornography at the bottom of a post about Michelle Obama, and especially to the staff, who are the only ones capable of removing the comments and are thus, by default, now required to view and interact with violent pornography and gore as part of our jobs.

None of us are paid enough to deal with this on a daily basis.

Higher ups at Gawker are well aware of the problem with this feature of Kinja (our publishing platform, in case you’re new here). We receive multiple distressed emails from readers every time this happens, and have been forwarding them to the architects of Kinja and to higher ups on Gawker’s editorial side for months. Nothing has changed. During the last staff meeting, when the subject was broached, we were told that there were no plans to enable the blocking of IP addresses, no plans to record IP addresses of burner accounts. Moderation tools are supposedly in development, but change is not coming fast enough. This has been going on for months, and it’s impacting our ability to do our jobs.

In refusing to address the problem, Gawker’s leadership is prioritizing theoretical anonymous tipsters over a very real and immediate threat to the mental health of Jezebel’s staff and readers. If this were happening at another website, if another workplace was essentially requiring its female employees to manage a malevolent human pornbot, we’d report the hell out of it here and cite it as another example of employers failing to take the safety of its female employees seriously. But it’s happening to us. It’s been happening to us for months. And it feels hypocritical to continue to remain silent about it. 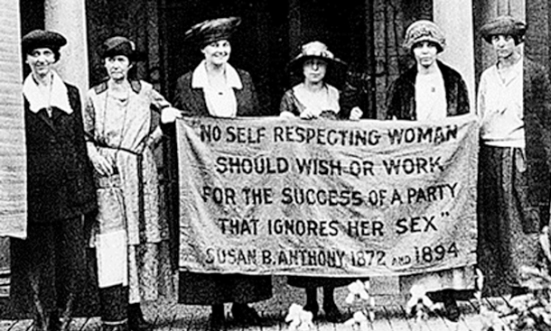